State/Provincial Tag Results….All these funds go back to the State or Provence for their management programs!

Thanks to everyone who attended, donated, bid, and worked at our 2022 event!  It was a great success and we greatly appreciate everyone’s contribution.  We look forward to seeing you all again in 2023!

As we have all learned over the last two years covid policies seem to change rapidly and without much explanation. That being said, case numbers are falling both in Minnesota and across the country. We anticipate having no requirements for a vaccine, a negative test, or mandatory masks. Facemask usage is a personal choice of each attendee and those individual choices will be respected. We can’t wait to see you all in March!

Hunt includes: Trophy Fee for 1 Dall Sheep, Full Guiding, Meals, Lodging during the hunt, Meat/Trophy care, Transportation during the hunt. Not Included: Lodging before after hunt, Travel to Whitehorse, tags and licenses, tips.

The Rules are simple:

This will be one of the best opportunities you may ever have to win a hunt of this caliber and all you need to do is register and be there Friday! 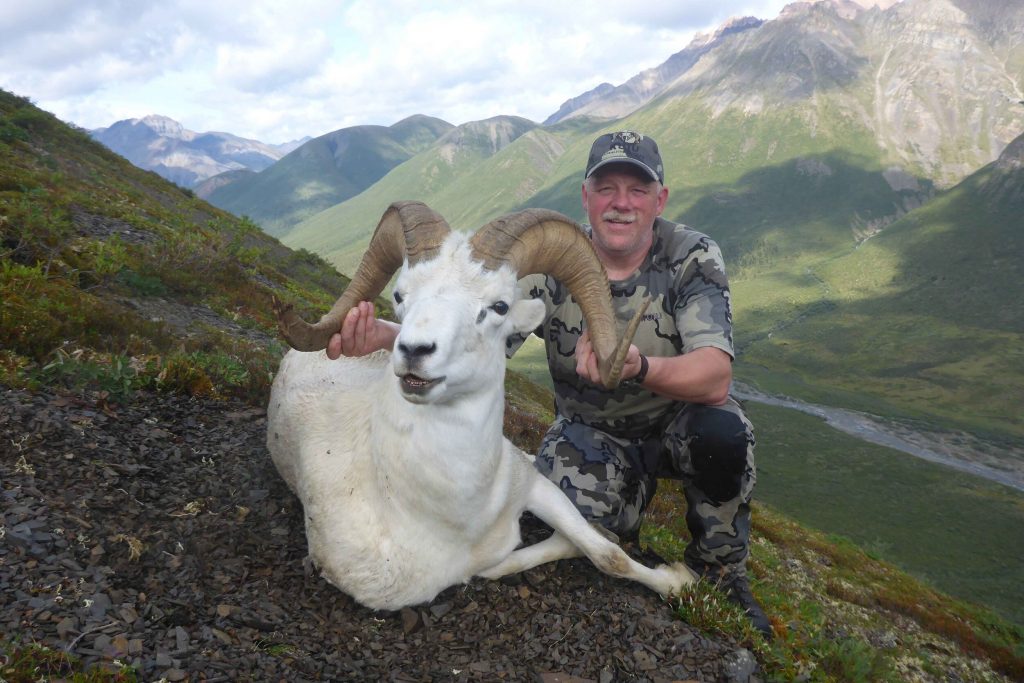 A Newfoundland native, Shane holds both an Honors and a Master of Science degree in Zoology from Memorial University of Newfoundland. He has over 30 years’ experience working primarily as a scientist, wildlife manager, policy innovator and strategic advisor; but also, a filmmaker, writer, narrator, tv and radio personality, and lecturer.

He has been awarded the Gold Medal in Wildlife Science by the Caesar Kleberg Institute, was named International Conservationist of the Year by Safari Club International and has been listed as one of North America’s 25 Most Influential Conservationists.
He was employed by the Gov’t. of Newfoundland and Labrador for 25 years in a variety of leadership roles, ranging from senior field researcher to Executive Director of Science/Wildlife and Protected Areas. Most recently, he held the position of Executive Director of Sustainable Development and Strategic Science.

Mahoney’s own extensive – scientific research/works, have been published in over 50 papers, appearing in 18 peer-reviewed journals and 8 published book chapters. He has collaborated with media giants such as the British Broadcasting Corporation and National Geographic to create and produce award-winning films. 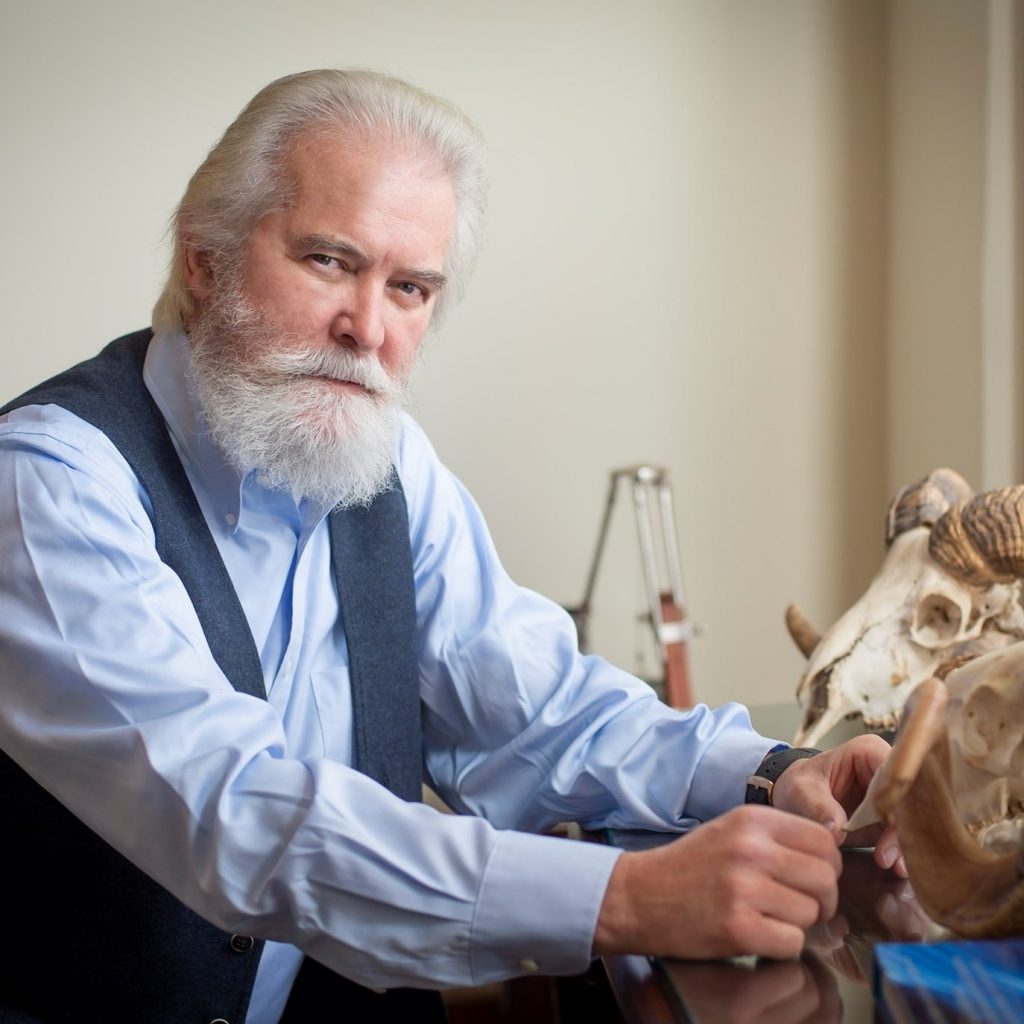 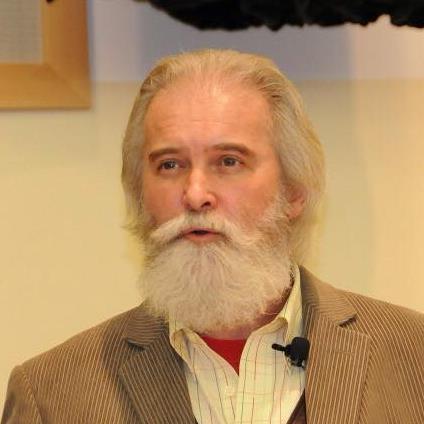 President and CEO of the Wild Sheep Foundation

Gray N. Thornton serves as President and Chief Executive Officer of the Wild Sheep Foundation (WSF), the premier sheep and mountain game conservation organization in the world dedicated to “Putting and Keeping Wild Sheep on the Mountain®.”

Prior to joining the Wild Sheep Foundation in 2008, Thornton served as Executive Director of the Dallas Safari Club from 1997-2008 and Chapter & Membership Director for Safari Club International from 1990 – 1997 producing record results for membership growth, fundraising and mission funding for both organizations. Thornton followed his passion to the conservation/hunting industry after a successful sales career with Unisys and Xerox corporations.

As a public speaker he has been invited to present keynote addresses on wildlife conservation and hunting and angling ethics internationally to diverse audiences ranging from civic and sportsmen’s groups, to international associations, the Serbian Parliament and former Presidents of the United States of America, France and South Africa.

Gray was awarded the “Wildlife Utilisation Award” by the Professional Hunters Association of South Africa (PHASA), the Association’s highest conservation honor. He also received PHASA’s highest service honor, and the Coenraad Vermaak Distinguished Service Award and was the first non-South African to be so recognized. Thornton has received the President’s Award from the Guide Outfitter Association of British Columbia for his years of dedicated service to the hunting and conservation community. As an Outdoor Writer, he received a Katie Award from the Press Club of Dallas representing the southern USA for the best Outdoor Story of the Year with “Iron Horse Fly Fishing.”

Thornton serves on the Board of Directors of Bear Trust International where he serves as Vice-Chairman of Board. He has also served on the Boards of the Conservation Fund, the Professional Hunters Association of South Africa Conservation and Empowerment Fund, the Ballot Issues Coalition, the Banovich Wildscape Fund, and the Lone Star Outdoor News Foundation.

He is an avid hunter as well as salt and freshwater fly fisherman and has hunted and fly fished throughout North America and internationally including 17 safaris to Africa and has hunted in New Zealand, Germany, Mexico and Canada. As a mountain hunter, he has taken all Four North American Wild Sheep (FNAWS), a Rocky Mountain goat as well as tahr and chamois.

Thornton resides in Manhattan, Montana with his wife Renée, their Weimaraner Sage, and Vizsla Sienna. 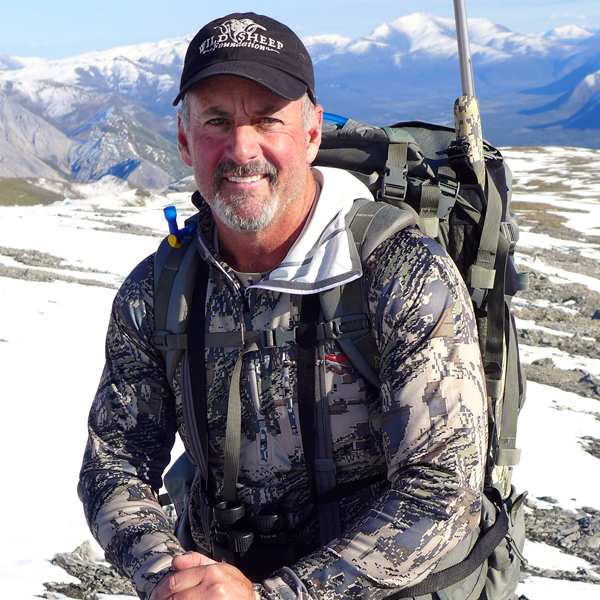 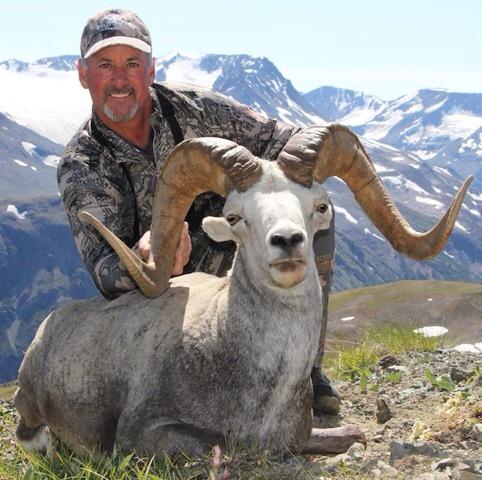 Friday Night Presentation: The Remarkable Story of “Iceman of the Tatshenshini” The Discovery of Kwaday Dan Ts’inchi (Long Ago Person Found) by Bill Hanlon and two hunting partners while sheep hunting in northern B.C.

Bill grew up in Trail, BC and although he never hunted or even knew anyone who owned a horse, he had a passion for all things wild. His dad got him interested in fly fishing at an early age and established a high degree of ethics in how they conducted themselves outdoors and how important it was to adhere to the regulations of the day. Bill graduated from Eastern Washington University in 1984 with a BA in Industrial Technology and went on to finish his B Ed. at the University of British Columbia in 1986. He taught Industrial Education at Elkford Secondary School for almost 20 years before changing careers in 2006 to begin a small business called Wilderness Spirit Woodworks. He has been creating and building custom Rocky Mountain lifestyle furniture ever since.

Bill married Miss Rodeo Canada in 1990 and thus began his love affair…and immersion into horses too. With his lovely wife Sue they raised 3 wonderful children on a small horse acreage in the Elk Valley where they could ride a horse out their backdoor. All the kids could ride before they could walk and were introduced to the wilderness on extended backcountry horsepack trips. Hunting with his children brings him his greatest pleasure.

Bill has been fighting for habitat, wilderness and access management for the last 25 years with various conservation organizations. In 2000 he co-founded the Hornaday Wilderness Society, a small but effective wilderness advocacy group situated in the Elk Valley. To this day he is the table representative for the wilderness and wildland sector on the Southern Rocky Mountain Management Plan Advisory Committee. He owns 6 sturdy mountain horses and two blue heeler/border collies named Smokey and the Bandit and spends every possible minute riding or hunting in the wildest places remaining in BC. He is honored to be the first chair of the British Columbia Chapter of the Backcountry Hunters and Anglers. 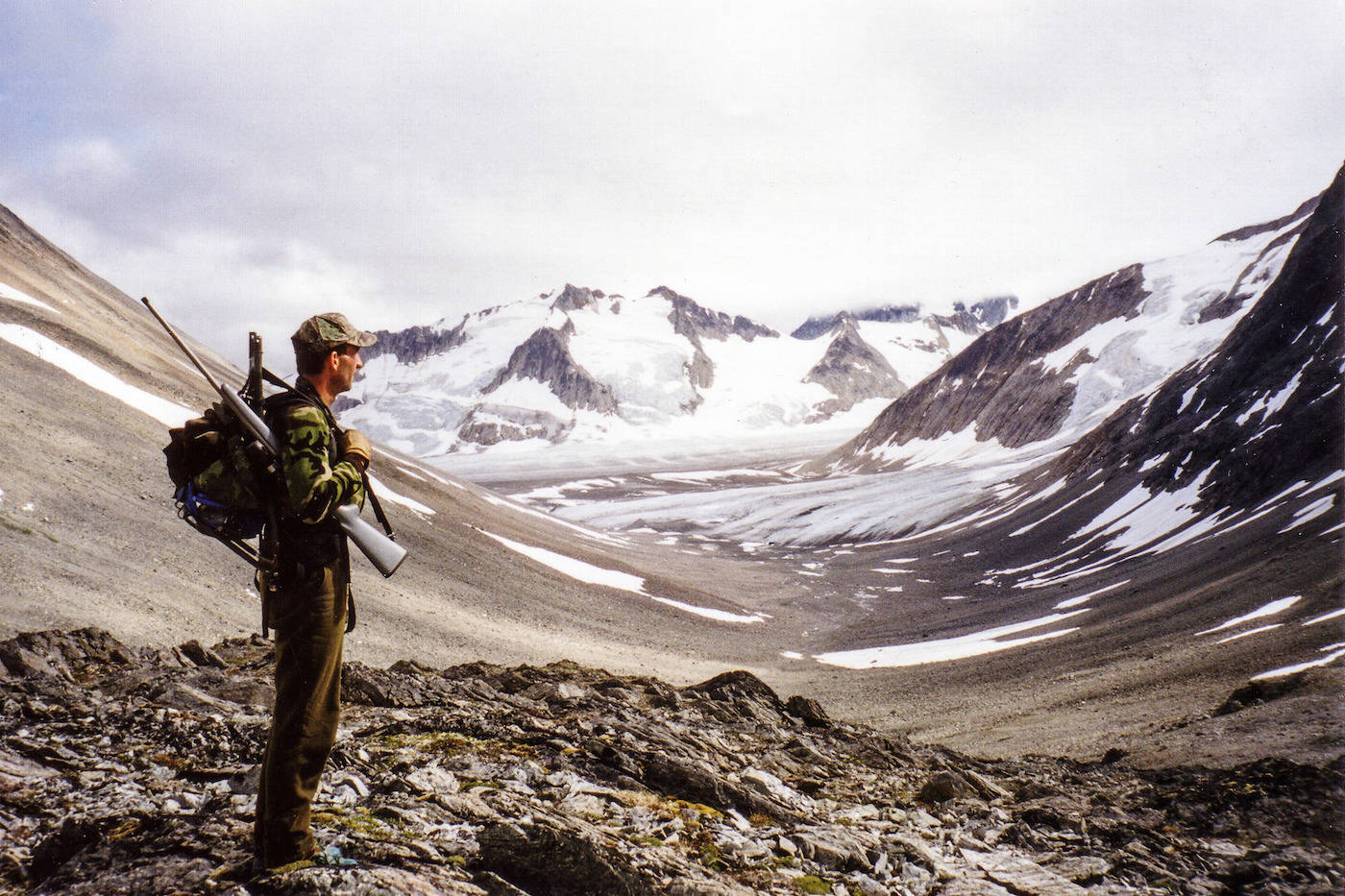 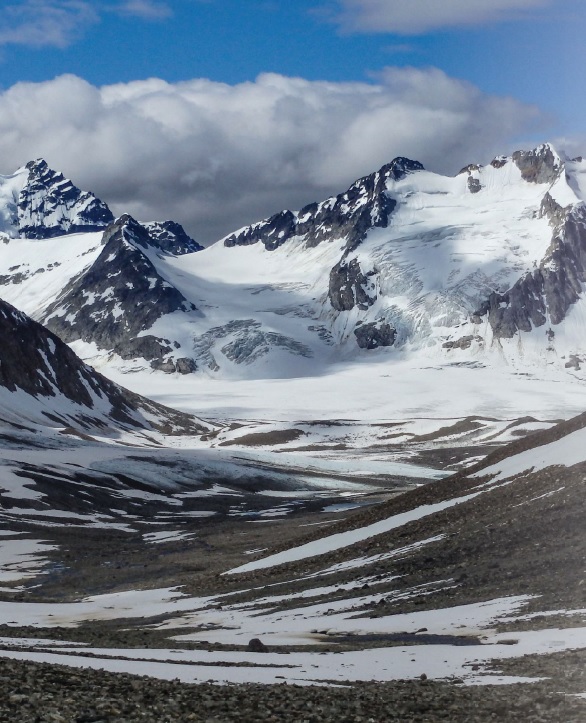 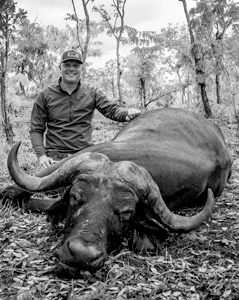 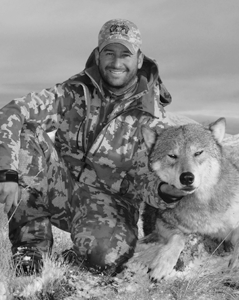 Wine and Canvas anyone ?  Join us for a paint and sip event with step-by-step instructions on how to create a beautiful masterpiece while you sip your favorite beverage, in a relaxed and fun environment.  Wrapped canvas, paint, brushes, easel, aprons, and drink tickets provided.

Shane Clouse is a singer songwriter and Montana native. The youngest of eight children, Shane began his performing career as a toddler. He would sing his heart out to his parents and siblings on the fireplace hearth of the family’s farm house. Soon after, Shane started to hone his skills studying singing, dancing, acting, and learning to play several instruments. Shane won his first singing competition at the age of five. As a solo act or with his band Stomping Ground, Shane has opened for Dierks Bentley, Phil Vasser, Huey Lewis, Joe Nichols, Rodney Atkins, Don Williams, Sawyer Brown, Michael Martin Murphy, Tom Russell, Rob Quist, Jon Anderson, Nitty Gritty Dirt Band, and Marshal Tucker. Shane’s love of the outdoors, hunting, fishing and conservation has led him to write the song “Montana Matters” to benefit the Montana Matters campaign.  Shane is also a past President of the Montana Wild Sheep Foundation! 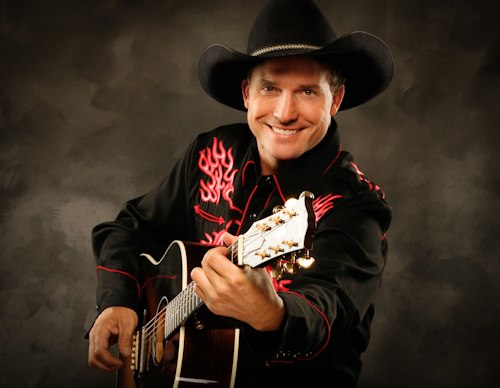 Les is an avid hunter and veteran of the United States Army. He lives in Washington State. Les has been involved in the auction business since he was 12 years old. Les supports the Wounded Warrior program; and as a guide and outfitter he takes several Wounded Warriors hunting each year, several of these hunts were televised. Les does over 60 auctions a year for conservation, working 22 states and two Canadian provinces. Les is also a professional rodeo announcer working over 20 rodeos each year. 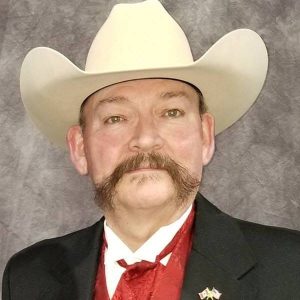 Steve is an avid hunter and fisherman.  He lives in Hayward, WI.  Steve is G.M./Principal at WRLS FM Radio.  In addition to running the radio station, he is Emcee at many conservation functions around Minnesota and Wisconsin.  Steve has done great work for the Midwest chapter in the past and we welcome him back for 2022! 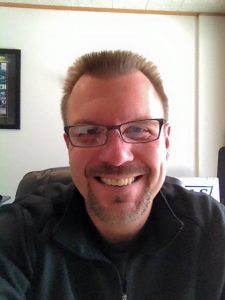